Everything About Pembroke Welsh Corgi: The Mythical Fairy Dog of Wales

According to a Welsh legend, short-legged dogs were used as steeds by fairies and elves to pull their coaches or take them into battle. When darkness fell at night, the Pembroke Welsh Corgi would leave his home and head into the hills to play with the small mystical people who lived there.

One day two children were tending to cattle in a field when they found two puppies they thought were odd-looking foxes. They took the pups home and their parents explained they were a gift from the fairies that live in the field and not foxes. Their parents pointed out where the fairies placed their saddles on the shoulders of the dogs, marks that are still visible on the Corgi. Legend says those with a kind heart and sharp eye can see the marks left by a tiny saddle and harness on the “fairy dogs” of Wales.

Like most dog breeds, the early history of the Pembroke is lost in the pages of time. There’s two theories about how these short legged dogs ended up in Wales. One theory says they were brought by Vikings who settled in the British Isles in the 9th and 10th centuries, and share their heritage with the Swedish Vallhund, and the Norwegian Lundehund.

The other theory says the Pembroke was brought to Wales in 1107 A.D. when Flemish weavers migrated to the southwest regions of Wales and settled in rural areas. They were weavers, but also had an interest in farming the land. This dog resembled the early Schipperke and were descended from the Spitz family of dogs that include the Samoyed, Norwegian Elkhound, Chow Chow, and Pomeranian. Regardless of how Pembroke’s ancestors ended up in Wales, the dogs bred with local canines and produced the Pembroke, a jack of all trades farm dog.

Back in the day, a dog was kept by farmers for the jobs he could do around the farm. A farm dog needed to be able to perform a variety of jobs to earn his keep, and the Pembroke was no exception. He was used to control vermin, hunt small game, act as a watchdog, guard livestock, and herd cattle and large flocks of geese to market; one of the few dog breeds that can herd geese.

The original job the Pembroke was bred to do was run out in front of cattle heading out to pasture land to graze. The dog’s job was to chase off any predators lurking about and clear out trespassing cows belonging to neighbors. However, their job changed to herders when farmers learned these short-legged dogs could work more effectively behind cattle by nipping at their heels and barking to drive them.

Their short legs made it easier for them to avoid getting kicked by an unruly cow. From behind, the dogs could drive cattle farther out into the pasture lands giving the herd more grazing area. Fences were only allowed around a homestead and grazing land was deemed common land by the British monarchy where fences were not permitted. This was for selfish reason by the elite so they wouldn’t encounter obstacles during the hunt. But, it created fierce competition between farmers for grazing land, and the Pembroke was essential to drive cattle to pasture and to market.

The Pembroke Welsh Corgi is named after Pembrokeshire, the region where he was developed. The breed shares his heritage with the Cardigan Welsh Corgi, named after Cardiganshire.. The Cardigan is thought to be the older breed and was brought by the Celts when they migrated to Wales. No one is certain which one came first.

At one time the two breeds were considered as one, and were cross breed during the 1800’s, but they were separated into two distinct breeds in 1934. Both breeds are similar, but the Pembroke is smaller than the Cardigan and has a shorter body, straighter legs, isn’t as heavy, and has a finer coat.

In 1933 when England’s Queen Elizabeth II was a young girl, her father, who was Duke of York at the time before becoming King George VI, bought a Pembroke Welsh Corgi puppy from a local breeder. Elizabeth was smitten with the pup and fell in love with the breed. The pup was named Dookie. When Elizabeth turned 18, her father gave her a Corgi pup named Susan. Most of the Pembrokes that have resided with the Royal Family are descended from Susan. The Queen’s love for the breed has made it more popular than the Cardigan.

This is a high energy dog that needs a fair amount of exercise, and agility, rally, flyball, tracking, herding, and other dog sports can give the Pembroke a good workout. He is intelligent, happy, affectionate, stubborn, wary of strangers, a good watchdog, and an independent thinker that’s easy to train. Food is a great motivator for this breed, but he has a tendency to become obese if overfed.

The Pembroke Welsh Corgi may be small in statue, but he has a big heart and big attitude. Who knows, maybe this fairy dog really does have wee little friends who live in the hills of Wales. After all, a Leprechaun’s pot of gold can be found at the end of a rainbow. 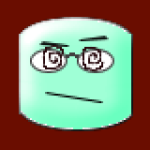